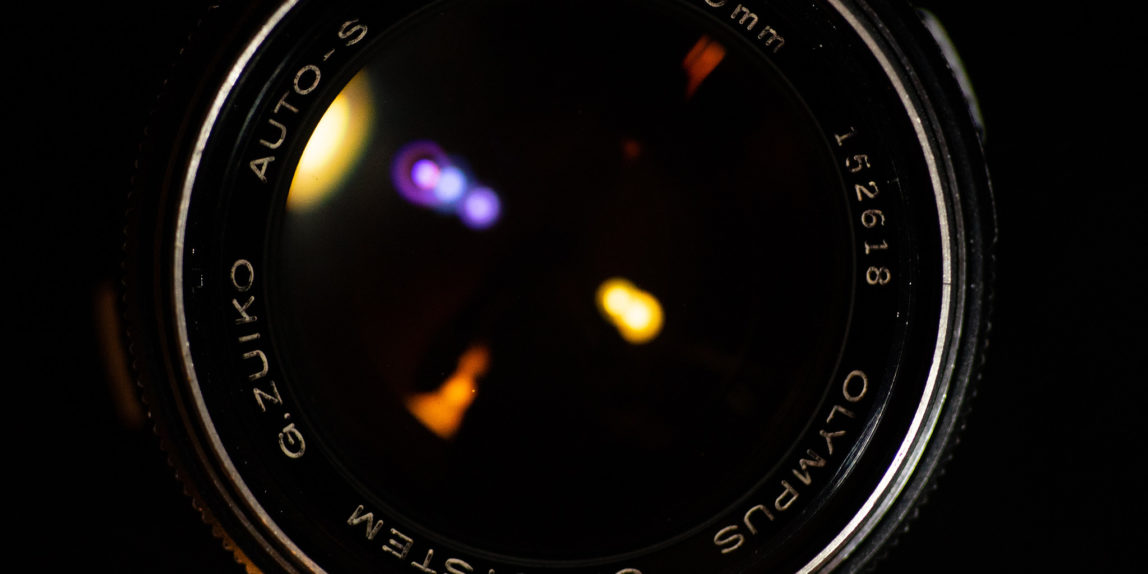 The OM mount offers really good ergonomics and overall quality, especially with Olympus made lenses as they “graded” their lenses by their maximum aperture and not build quality.

Olympus lenses carry the Zuiko name. Until around 1980 the letter before Zuiko denoted the number of elements in the lens.
e.g. F.Zuiko – 6 elements. E.Zuiko – 5 elements.

Most OM lenses have a 49mm(compact and small) or 55mm(faster aperture) filter thread.

In 1972 Olympus released the OM-1 (or M1), short for Olympus Maitani. The film camera bodies introduced formed the core of a system, boasting light, compact and well built cameras.

The OM mount has a large mount diameter, which allowed for easier production of lenses with a fast maximum aperture.

Olympus film cameras were split into:

Olympus OM was the only manufacturer to use the OM mount. (I cannot find information of others using it, email me if I’m wrong)

I love the ergonomics of the OM series. One of my all time favorite cameras is an Olympus OM-2n.

Olympus was the primary manufacturer of OM lenses, boasting a large selection of lenses from wide-angle, telephoto, zoom and macro to fisheyes.

Third party lenses in the OM mount were usually  manufactured in all major lens mounts, so are not unique to this mount
E.g. Soligor, Vivitar, Tamron Adaptall

Click each lens image to read a review of a m42 lens I’ve used.​