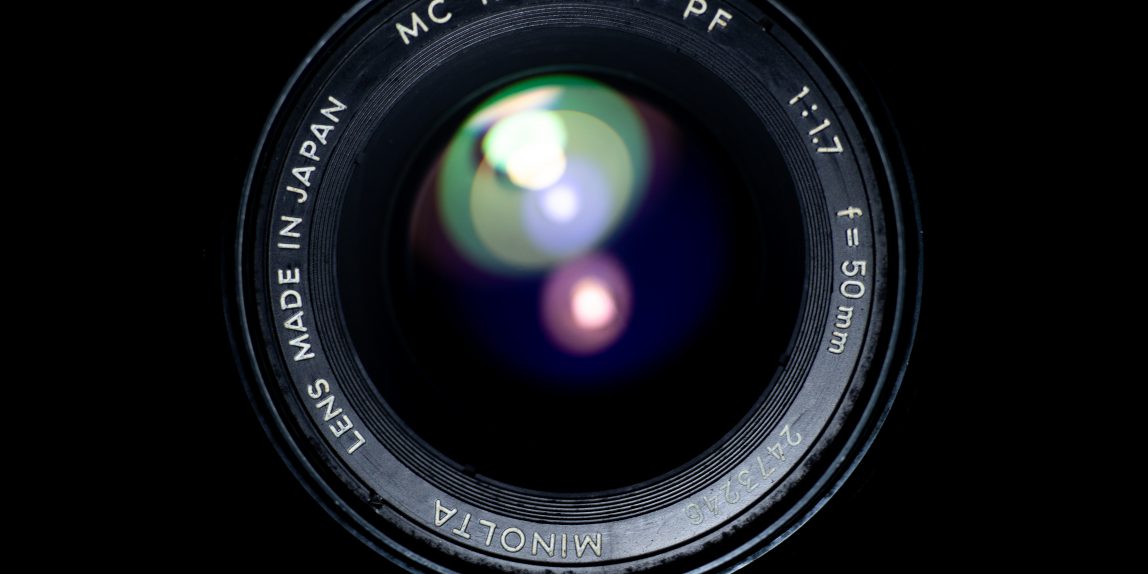 I choose one camera per lens mount. For the Minolta MD mount that was an XD-11, a lovely, albeit heavy for my tastes camera. My Nikon kit was outfitted with a macro lens, my Olympus OM kit was all zoom lenses, so I needed a prime.

They say a fast 50mm lens is the first lens a photographer should get. I’m a big fan of fifties and that’s my most reviewed focal lenght, yet for some time I didn’t have even one.

So I read around what Minolta had on offer and after some stellar reviews, with magical images, I decided to grab the Minolta MC 50mm 1.7 Rokkor-PF.

It’s a small lens, which sits really well on the bulky XE-1 and my Sony A7. It feel sturdy enough. The focus ring is smooth and the aperture clicks nicely. One interesting thing to note is that while some f1.8 lenses have a f2 stop, this one jumps directly to f2.8.

The only compaint I have on this lens is that with time the lettering on my copy… HOLD THE PRESSES. When I got the Rokkor-PF, the lettering had a washed out and muted color. I thought it had faded away with time as the lens is now 40+ years old. As I held the lens in my hand just now I thought about the Zeiss lenses I’ve had, much older than this one that had pristine lettering. I took a small brush and it grime and dirt fell off the lettering. (New mini-project yay!)

Nice and sharp in the center, soft corners until you stop down. It’s like a templated older 50mm lens review, but it’s true. Stop down to f5.6 or f8 and shoot things far away. (mountains perhaps?) Sharpness wasn’t anything extraordinary or too special, but it is really good when you stop down, as expected.

The colors the Rokkor-PF produced were a bit hit and miss in my case, in subdued lightning I loved the full-tones, saturated colors. At other times as I edited, I had quite a few photos I had no idea what to do with. They weren’t anything special or interesting. As always – take this with a grain of salt, your copy or your technique and skill may far surpass my own. Just check the attached images on this one.

It’s not a bad lens, it’s really sharp stopped down, but it’s not just my cup of tea. Still, I’m keeping my copy and my trusty Minolta XE-1. While writing this review, I was thinking, I’m going to shoot a roll of film with the combo. So I’ll do that tomorrow.